Bingo halls have traditionally been havens for the elderly to go and socialise whilst getting their teeth into a few rounds of one of the nations most beloved games in a comfortable and friendly setting, but recently there has been a rise in the use of cocaine at bingo halls nationwide leading some to speculate that perhaps bingo halls need to be reviewed more often. 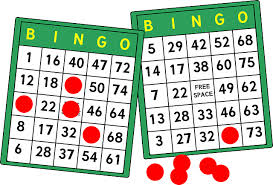 It’s the perfect haven for any cocaine user really, being that it is naturally assumed that those in attendance will not be part of a drug using crowd due to their age, but increasingly it seems, people from older generations are turning to the drug after figures show that traces of cocaine have been found in 7 out of 17 bingo halls recently tested during a large sweep to see if there was any light to the rumours.

This comes amidst a rise in hospital cases where OAP’s are being treated for the abuse of drugs, more so than ever before due to the simple fact that drugs of all classes are just SO much easier to acquire now than they ever have been before, which has widened the market considerably and given access to individuals that would probably never have considered it before.

Kate Lawrence, from drug charity Phoenix Futures told the Sun Newspaper ‘s (conductors of the research) Grant Rollings, that the findings were unsurprising. She then added that more and more members of the older generation are turning to drugs to help them socialise and combat loneliness.

Considering the majority of anti drug campaigns are targeting younger people these days, it’s unsurprising that pensioners are nowhere near as aware as they should be about the very real dangers of drug use and how to steer clear of falling into dangerous addiction pit falls – they simply aren’t in the loop, and this critical gap in marketing campaigns needs to be acted on sooner rather than later to prevent widespread mistreatment of drugs be it class A or class C. The danger is very real.

With old age also comes a higher risk of social anxiety, and as a result the desire to take drugs naturally increases to help combat social stresses – this is something that has clearly been overlooked over the years and, especially moving into the modern day, we’ve got to take these social anxieties seriously and address them with proper advice and guidance so that more people don’t turn to drugs as a cure. Loneliness has also proven to be the other most common trigger for drug use in old age, many OAP’s sadly find themselves alone after the death of a wife or husband and use drugs as a crutch to help them cope with the stresses and strains of feeling isolated, the same can be said for friends who have passed away. Drugs are just a very convenient and easily accessible way for pensioners to enhance their life and overcome emotional torment rather than feeling comfortable to talk to a health service that seems to only understand the young.

Hopefully with this recent investigation there will be large scale crack downs at bingo Sites across the world. It’s important that action is taken, and it’s a pretty dead cert guarantee that it will be with these recent finding.