You might recognise Antony Cotton’s face from your television set if you’re a fan of ‘Coronation street’ – and it’s for good reason, he stars as Sean Tully in what is arguably the nations most beloved soap.

You’d think that’d be enough to satiate Antony’s need to perform in front of audiences, but apparently, that’s not the case! Antony actually works as a Bingo caller as well as filling his regular corrie slot as a means of not only boosting his bank balance, but getting some extra time to display him self to the general public. 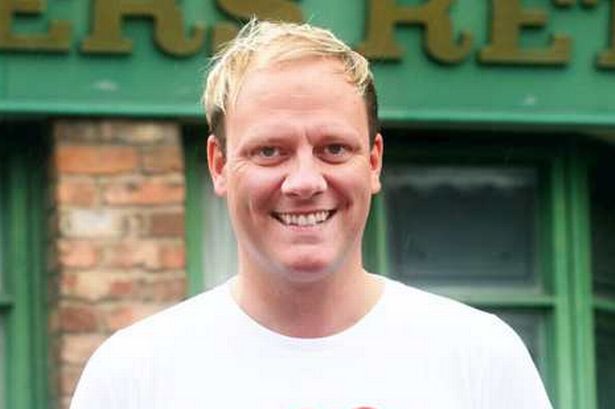 “An audience is an audience – it doesn’t matter if it’s in a theatre or a bingo hall” says Antony.

“I love bingo. My character in ‘coronation Street’ was a bingo caller for a while so I’ve done my fair share of visits to bingo halls for research.” Antony caused distress on the set of Coronation Street recently when he opened a cut on his head and required immediate medical attention.

The cut was so severe that it caused the writers to write Antony’s character out of some of the planned scenes, quite drastic for such a small scale medical emergency but nonetheless necessary according to the script writers.

Further scenes actually had to be pushed back to accommodate for the healing process as the gash was still deemed too unsightly for viewers to watch and affected the tone of the scenes being filmed at the time – Luckily all is now in the green and Antony’s character can return to the screens of soap stars across the UK, much to the delight of the soaps adoring fans.

Whilst reflecting on the injury, a source said at the time “it was a nasty accident. One minute Antony was standing there, the next we heard him shout out. He was clutching his head, blood pouring through his fingers.”

Let’s hope the same thing doesn’t happen to him whilst calling out the numbers at the local bingo hall next time he’s in town! This may come as an interesting development to some, but actors taking side jobs is immensely common and you’d be surprised what your favourite star has done to earn cash on the side whilst pursuing their passion!

Sylvester Stallone cleaned up lions cages, whilst Stephen Fry was a waiter (he even served Frank Sinatra once!) which just goes to show, that you don’t always have to follow the beaten path on your journey to success – every body should make time for a little bingo playing, and if Antony Cotton can find time for it, we all can.