The phenomenon that is mobile gaming is nothing short of incredible – this isn’t because of the scope of its success, or the sheer amount of people taking part in it on a daily basis, but more due to the journey that took place to get mobile gaming to where it is today. The whole mobile gaming industry is entirely a product of human innovation, and the fact that multi million dollar companies exist centring themselves on it is due to the constant evolution of modern technology, and in what is ultimately a very fast time frame. 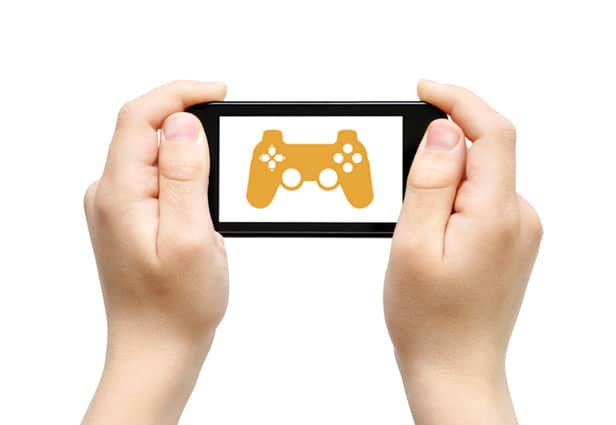 Before mobile gaming, before smartphones, and before mobile phones, we simply had our trusty landlines – we all have fond memories (age dependant!) of asking our parents if we could call our best friend on the living room phone. It was often a cumbersome looking device (later a little more sleek and slim line) that had wires coming out of it in a per med-hairstyle like manner. Its ring was more like the roar of a weak three-wheeler car engine, and all in all, it just sort of looked, well, a little stupid. Luckily this fast changed, phone designs took on a more modern appearance, and it was at this point that mobile phones started to come into development.

Mobile phones didn’t always look cool. In fact, much like their home based counterparts, they once looked like something you simply wouldn’t EVER choose to own – but like with all modern technology, they fast started to evolve, and it wasn’t long before JUST making a call wasn’t good enough. Texts came into play, followed shortly by…snake!

Don’t remember snake? Fair enough, it was forgettable, but millions of people got their first dose of mobile gaming with this game, as well as electronic card games that came as an integrated part of our phones as standard, and as the devices became more and more affordable, the audience using them became wider and wider. What’s more, these people weren’t gamers, they had no intention of playing super Mario when they purchased a mobile phone, they simply played games like snake recreationally, and it was this recreational use that really took the mobile gaming industry to the next level. Websites by this time were enormous, and once the 2000’s came and our understanding of electronic marketing grew more and more, we started to capitalize on opportunities that linked what we had in our hand every day (our mobiles) with what we saw on our televisions, and our computers.

This is where mobile gaming really hit the next level, because by this time, the colour displays on our phones made games more appealing than ever, without them ever being complex enough to confuse the casual crowd they were reeling in – combine this with the fact the television was now telling you how great the game you were playing was, and the social media site you were using or the search engine you were browsing on kept reminding you about the cool add on features you could purchase to make your game even MORE fun, and marketing companies were onto a sure fire way to make some serious revenue.

In particular, online bingo has reached absolutely astronomical heights due in no small part to mobile integration now making it possible to play any time, any where – and that’s really why mobile gaming has taken off so much. It has literally capitalised on pre existing technologies and manipulated them in such a way that they all link together to serve its purpose, and vice versa for websites and television – it’s one massive wheel with each one of these elements serving as the spokes keeping it in tact. This shows no signs of stopping either, the audiences keep on flooding by the masses to their chosen mobile apps and games, and they’re all too happy to keep on buying the various add-ons and enhanced features that go with them.