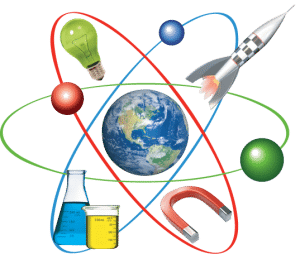 I know what you’re thinking…there’s no conceivable way this can work, because if it did, bingo halls would be out of business and everyone who played would be rolling around joyously in their coin filled bathtubs after winning their 100th round in a row in two weeks. I don’t blame you for calling me out on this theory either, after all, it’s not often you hear about anyone actually WINNING anything when they gamble, so in fairness it is almost impossible for you to believe that there is some kind of far fetched method behind the madness that is bingo.

In truth, there isn’t a guaranteed recipe for winning, but you knew that – what there IS however is a theory, based in sound science that might help to improve your chances of winning. In it self, that’s worth it’s weight in jack pot gold being that most people simply shoot in the dark and pray for the best. How does it work though? Well, it’s all in the maths…

In theory, calculating the odds is unbelievably simple, it’s just a case of taking the number of cards you’re playing and dividing that number by the total number of cards being played at the time. In a game of 100 cards, playing with 4 cards essentially gives you a 4 per cent chance of taking the glory. To apply this practically, when playing in a hall full of people, you would need to literally count how many attendees there were, then multiply that number by what you believe is the average number of cards per person, then voila, you know what you’re up against.

The difficulty is, knowing the odds alone is only the start, that just means you know how HARD it’ll be to win! The real trick is, which numbers should you bank on if you want to take home the prize? It’s truly the million dollar (well, maybe not quite that much but I’m sure the jack pot is still worth winning) question, so here we have the answer – you shouldn’t bank on ANY of them. Or to look at it from a different perspective, you should bank on any ONE of them at all. Why? Because no one card ever comes up more than another! I’m sorry…but it’s true. If it’s a standard bingo deck, and has been produced like all of the rest of them, then no one number is more or less likely to come up than another. It’s total chance.

Not the answer you were looking for? Alright. Avoid the crowds…seriously, try and attend low traffic games where the attendee count is low, that a lone will heighten your chances of winning. Don’t choose duplicate cards, remember they are all as likely to come up as each other, so having duplicates is to no avail. Lastly, buy LOTS of cards! The more you have the better. These might all seem like really obvious tips, but they’re the most effective real world routes to take if you want to increase your chances of winning…anything else is likely total bogus and shouldn’t be relied upon.