Did you know that there are many different software providers in the world of online bingo? These companies provide the software needed by bingo sites to run games, and they’re a massive part of the online bingo industry. On this page, we’re going to talk about Virtue Fusion bingo sites - sites powered by the software from Virtue Fusion, a member of the Playtech company. It’s one of the most popular software companies around, so many of you might have already played at a Virtue Fusion website without even realising it!

So, if you’d like to find out more about bingo sites offering games from Virtue Fusion, why not keep reading through this page? 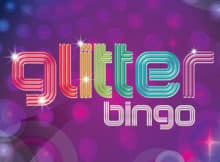 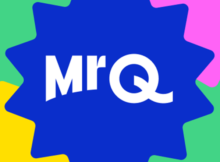 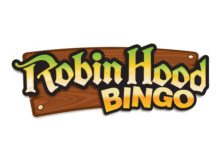 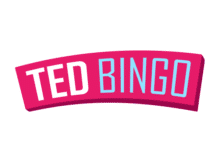 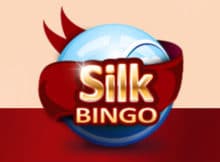 Virtue Fusion is actually a name that has been around for ages, as they were founded way back in 1999. As with most companies, it started out small, however it soon began to accrue a number of players, thanks to the fantastic product it was offering. After a while, it was providing software to some of the biggest gambling companies around, including Sky, Bet365 and Ladbrokes. By 2009, it was turning over £12.3 million per year.

The success of the company made it an attractive prospect for buyers, and in 2010 it was bought by one of the giants of the online gambling industry - Playtech. Virtue Fusion retained its name though, with Playtech looking to capitalise on its popularity. The company is expected to change name to Playtech in the future though, in order to align with the rest of the business. You’ll find that Virtue Fusion is the software of choice for many top bingo sites now, including many of the places we’ve recommended to you.

There are a number of features found at pretty much all Virtue Fusion bingo sites, and some of the most important of them include:

When you play at a Virtue Fusion site, you’ll find that there are many different bingo games for you to play. The most popular version is 75-ball bingo though, which has been the preferred form of the game in the UK for decades. You’ll find multiple rooms with this type of bingo, offering a variety of different ticket prices. You’ll also find that there are plenty of 90-ball bingo games too, although this version of the game is more popular with those from the USA. 80-ball bingo is also offered at many Virtue Fusion bingo websites.

There are then some more unusual forms of the game, including Rainbow Riches Bingo. This is based on one of the most popular slots of all time and gives bingo players a unique and exciting experience. Deal or No Deal Bingo is another popular variant at many sites and comes in two different forms: 75-ball and 90-ball. You’ll also find free bingo at this site, which is great for new players trying to find their feet. If you’re looking for a site offering loads of bingo games, we’d definitely recommend heading to a site using Virtue Fusion software.

When you play at a bingo site with Virtue Fusion software, you’ll also always find loads of different slots games. Virtue Fusion doesn’t create these though. Instead, they’re usually slots from Playtech (the owner of Virtue Fusion), as well as other software providers using their platform. Playtech is a massive company, so you’ll never be short of slots to play at a Virtue Fusion site. Many sites also offer table games, video poker and live dealer games, so most fans of these games will be pretty happy.

You’ll find that Virtue Fusion have created a superb mobile experience for players. All mobile players can join the same rooms as desktop players, which really helps to keep player numbers up, plus mobile players can play for exactly the same prizes. What’s more, the bonuses can still be claimed by mobile players. In fact, there are sometimes even exclusive bonuses for those playing using a smartphone or tablet.

To play mobile bingo games, as well as mobile slots, just use your mobile browser. Type in the site’s URL and you’ll then be taken to a fully optimised mobile bingo site. It’s then simply a case of logging in using your existing details and starting to play the games. Some sites with Virtue Fusion software also have mobile apps, and these are generally available for both iOS and Android devices.

Any Virtue Fusion bingo site should have a number of bonuses, and they usually start with a welcome bonus. Typically, you’ll find your first deposit at least doubled, plus there are also often free spins given away to new players. Some sites even offer a no deposit bonus, giving you bonus money before you’ve even made a deposit at the site. It is usually easy to claim offer, as they are simply credited to your account automatically.

As you’ll know by the name of our site, we focus mainly on new bingo sites. You should find that all new Virtue Fusion bingo sites offer fantastic bonuses, as they’re trying to attract as many players as possible in a quick time. Always check the wagering requirements and other terms and conditions though, just to make sure these bonuses from new sites really are as good as they seem. We’ll only ever recommend sites that have honest and fair terms and conditions.

The main pro is the fact that Virtue Fusion has such a great network, and there are usually thousands of people on it. The fact that the games are busier means that the prizes are larger, plus you’ll have a better chance of striking up a good conversation. Only Dragonfish and Cozy Games offer similar player numbers to Virtue Fusion sites.

There’s also the fact that the jackpots can be huge on the linked games. They can keep rising until one lucky player scoops the prize, and they’ve been known to reach thousands of pounds. Your chances of winning the jackpot are low, but just imagine what you could do with an extra £10k+ in your bank account!

The final advantage is the fact that Virtue Fusion bingo websites always come with loads of other great games. The slot machines from Playtech are regarded as some of the best around, plus Playtech progressive jackpot slots can have prizes worth millions. So, if you like to play something different occasionally, a Virtue Fusion site should be perfect for you.

The only downside is the fact that Virtue Fusion aren’t known for continuing innovation. This means that you won’t often find new and exciting features at their bingo websites. This isn’t a massive problem though, as there are loads of cool features found at sites running on this online bingo software already!

So, what’s our overall view of Virtue Fusion? Well, they manage to apply their knowledge of the industry very well, creating fantastic games that are easy to use, as well as exciting. Those who choose to play at a site offering software from this company will also find that they can claim some fantastic bonuses. What’s more, all Virtue Fusion sites are safe, as they wouldn’t have lasted this long in the industry if they weren’t.

What exactly is a bingo network?
When you play a game of bingo, you’re not usually just playing against others on your site. Normally there’s a network of different sites, all sharing their player pools, allowing for larger prizes.
Can I play at more than one Virtue Fusion bingo site?
Absolutely. In fact, we’d recommend signing up with multiple online bingo sites, as this will give you access to absolutely loads of different bonuses.
How much money could I win?
Some Virtue Fusion bingo games have prizes worth thousands of pounds – in fact, it’s not unknown for a player to manage to win in excess of £10,000 at this site.
How does Virtue Fusion compare to other software providers?
It compares very well. Like other companies, it has loads of different sites, plus the prizes can be huge. The safety and security is also exceptionally high.
What’s the best Virtue Fusion bingo site?
Everyone is different, so it’s not possible to say that one site is best. We’d recommend reading through our reviews to find the best Virtue Fusion site for you.
Top 15 Sites